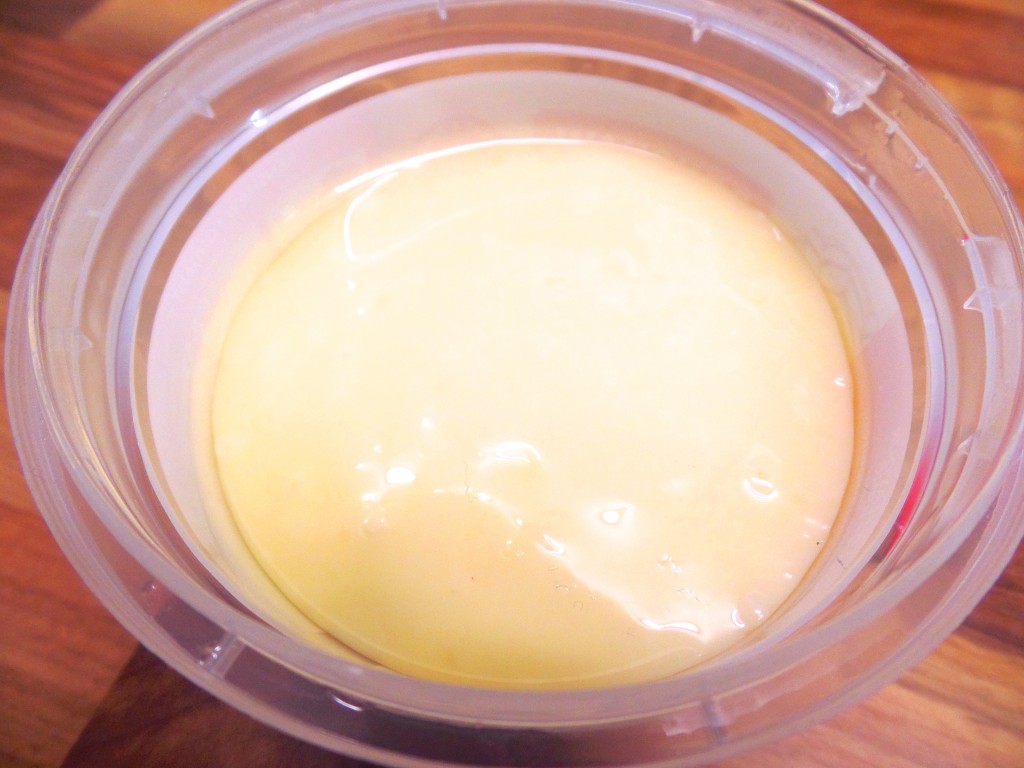 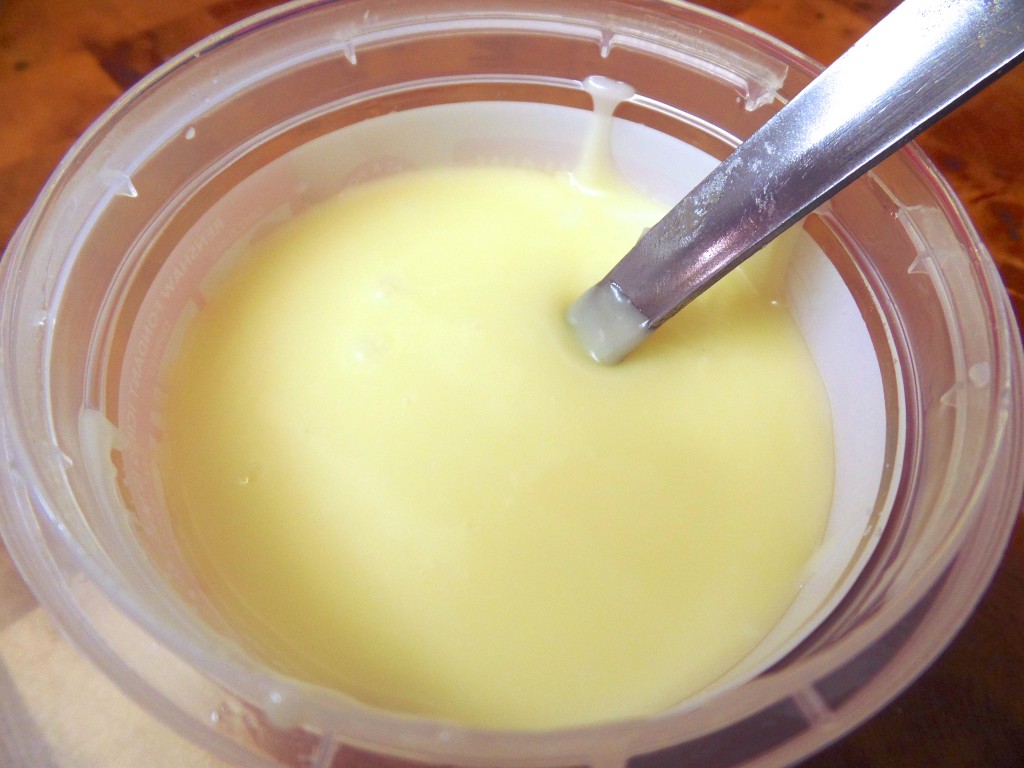 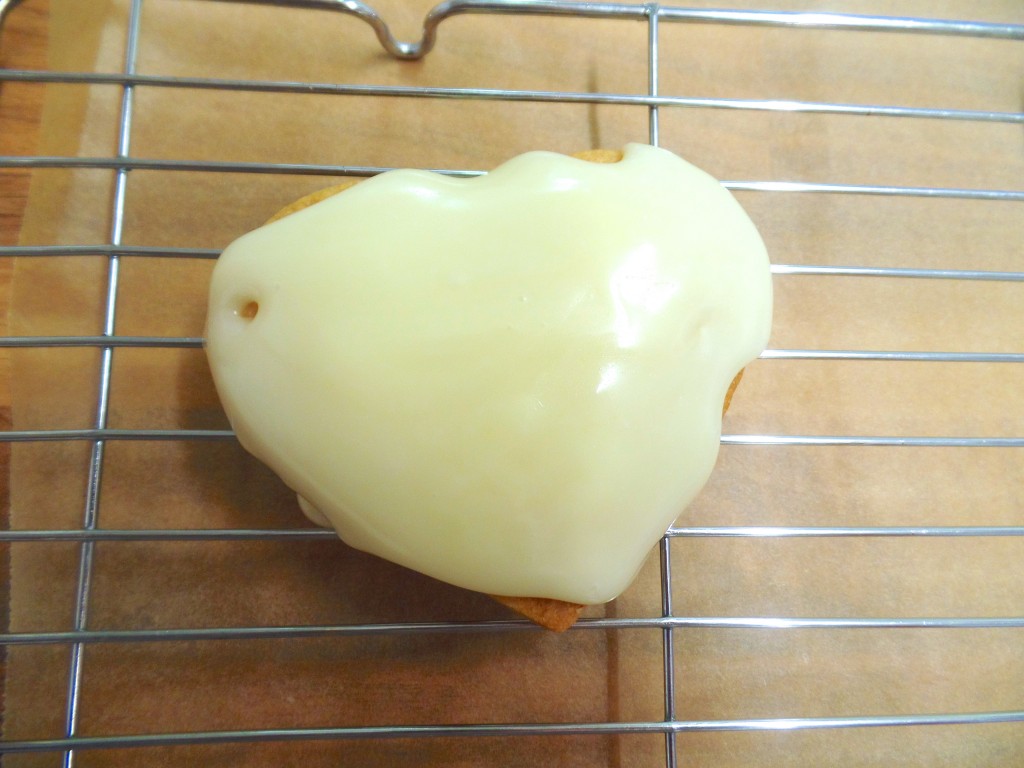 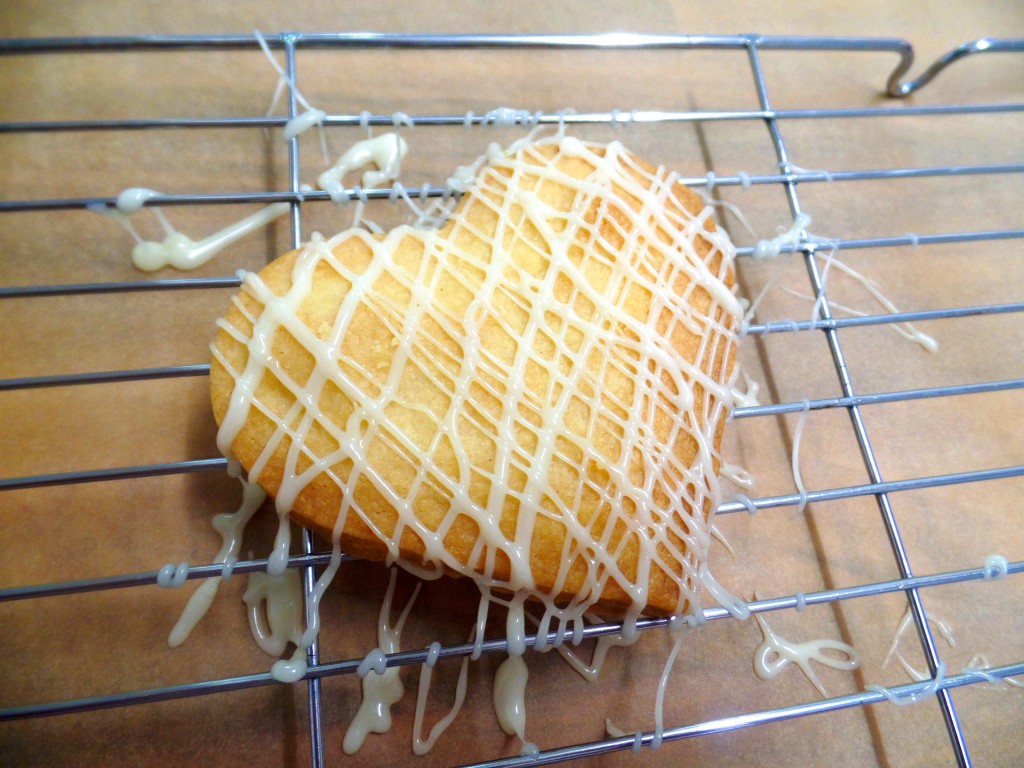 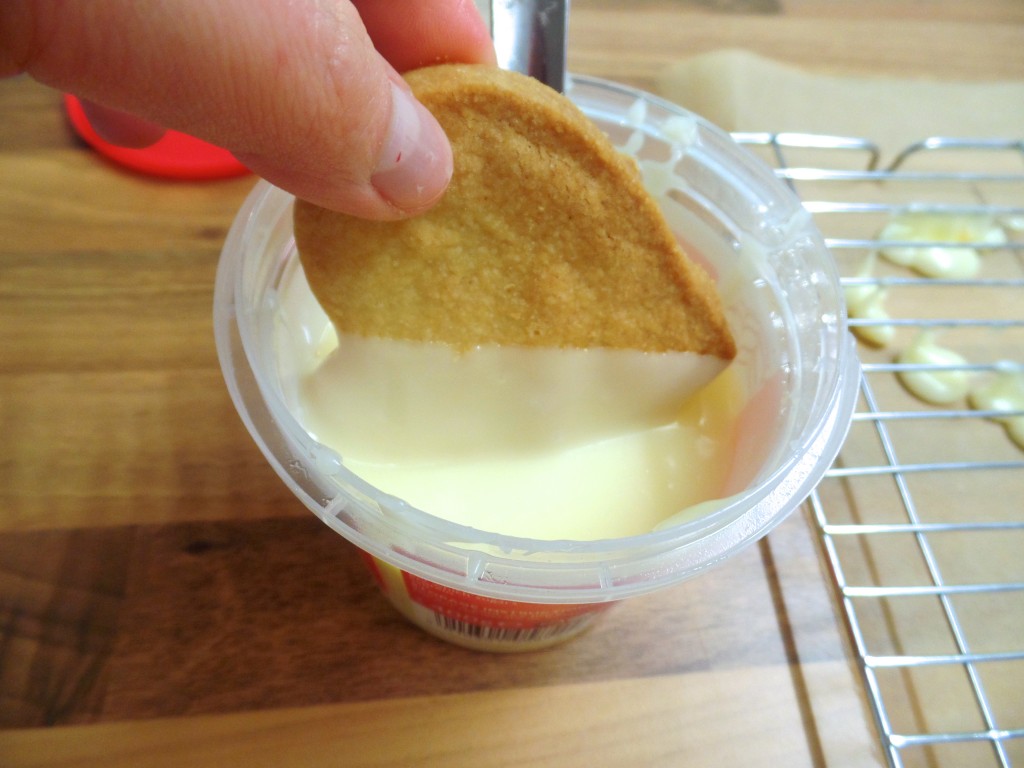 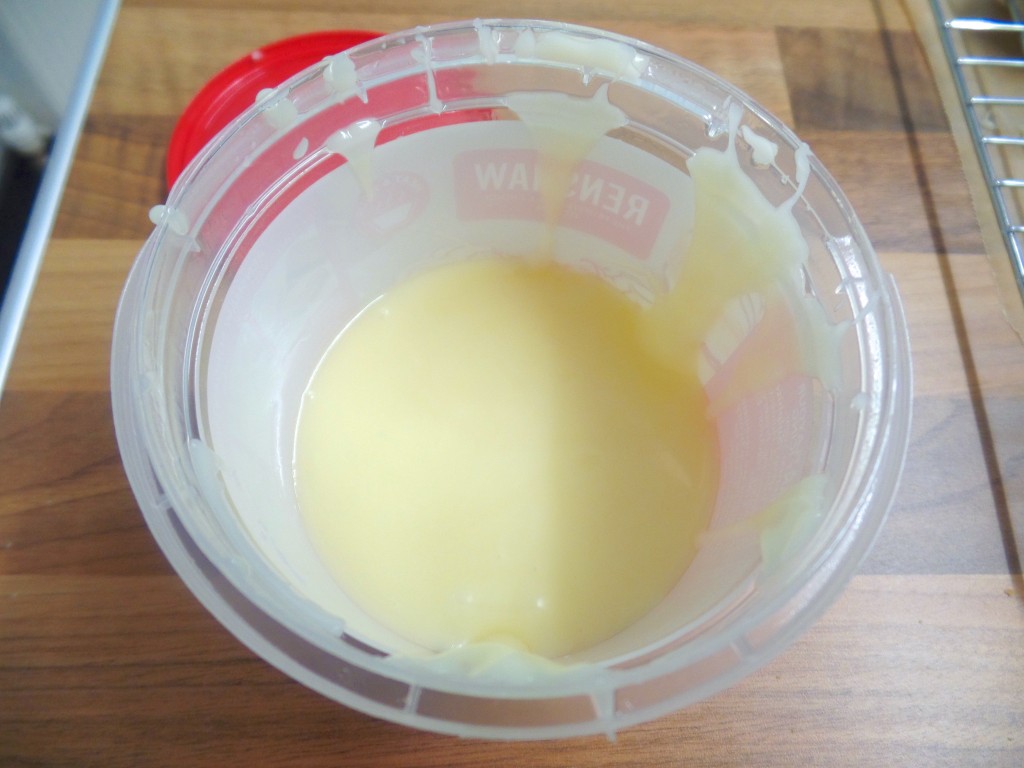 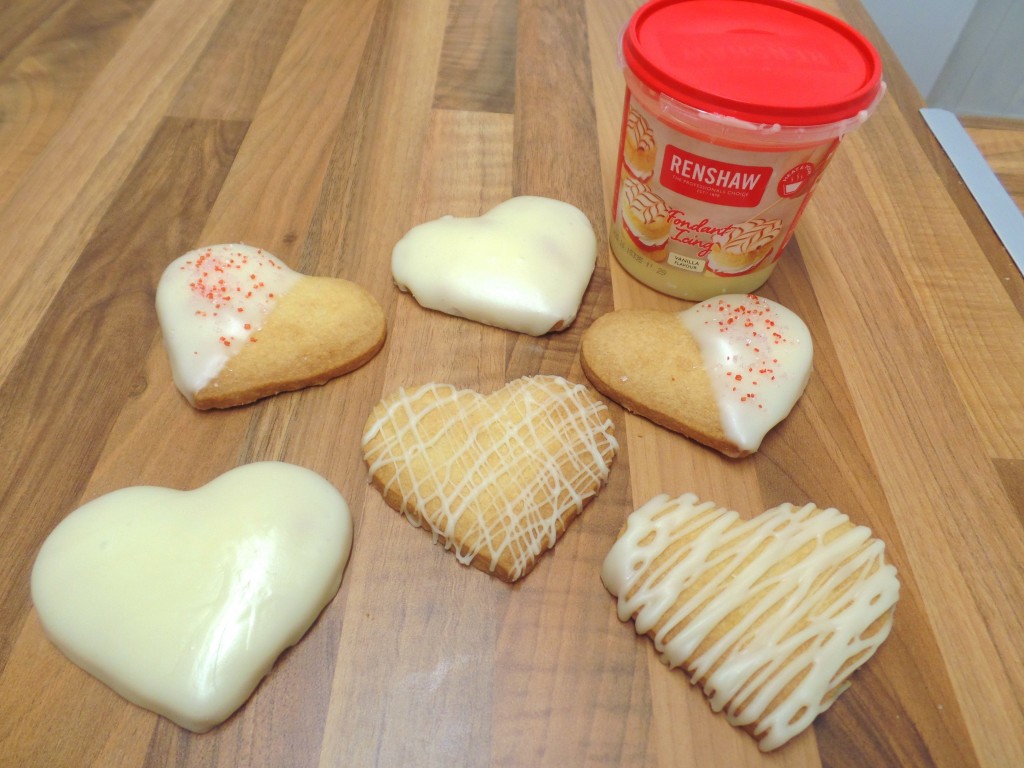 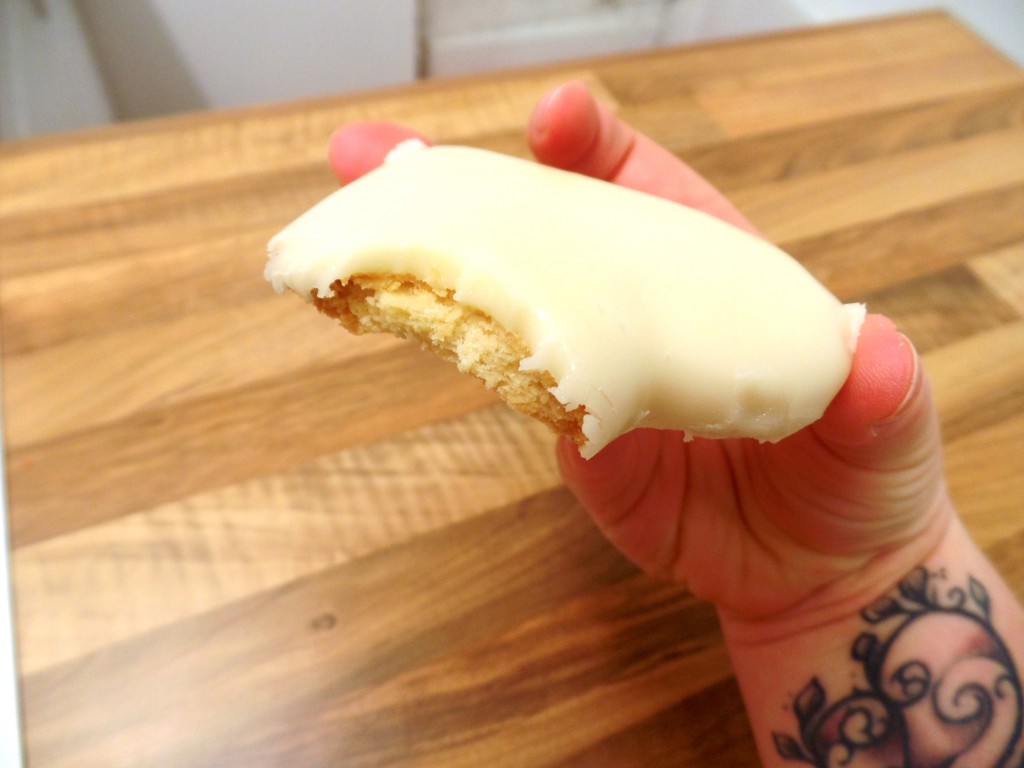 Unfortunately this mixer is no longer being sold which is a shame as I really like it. Having spoken to Sage they have advised me there are two alternatives to it –

I cannot, however, advise what either of these mixers are like as I haven’t used them. That being said, I believe the Scraper Mixer is pretty similar to the one I use and have reviewed below.

Scraping down the bowl is a necessary evil when it comes to baking the perfect cake. If you forget, as I have done many times in the past, you pour your mix into your lined tin and… what’s that? A lump of flour/butter/sugar that simply hasn’t been fully incorporated. This mixer claims to eliminate those problems once and for all by taking away the need to scrape down the bowl.

How? The answer is actually quite simple and also rather brilliant. One of the attachments included in the box is a scraper beater. A normal beater with plastic, flexible edges to scrape the sides of the bowl as it mixes.

So, let’s take a closer look. 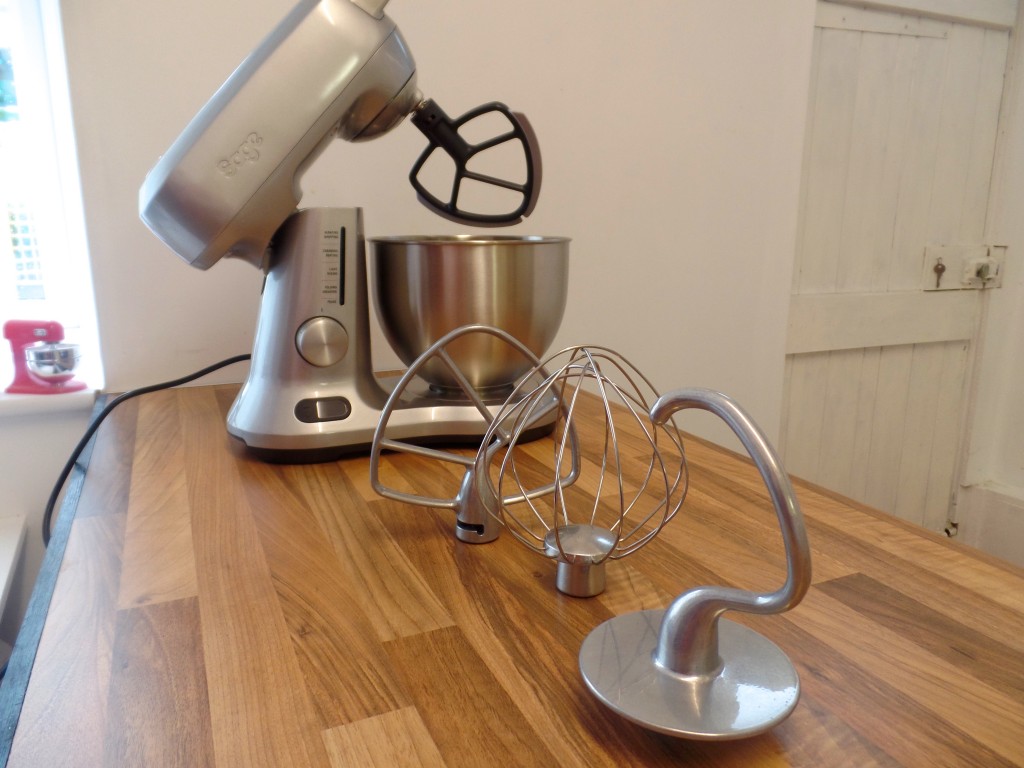 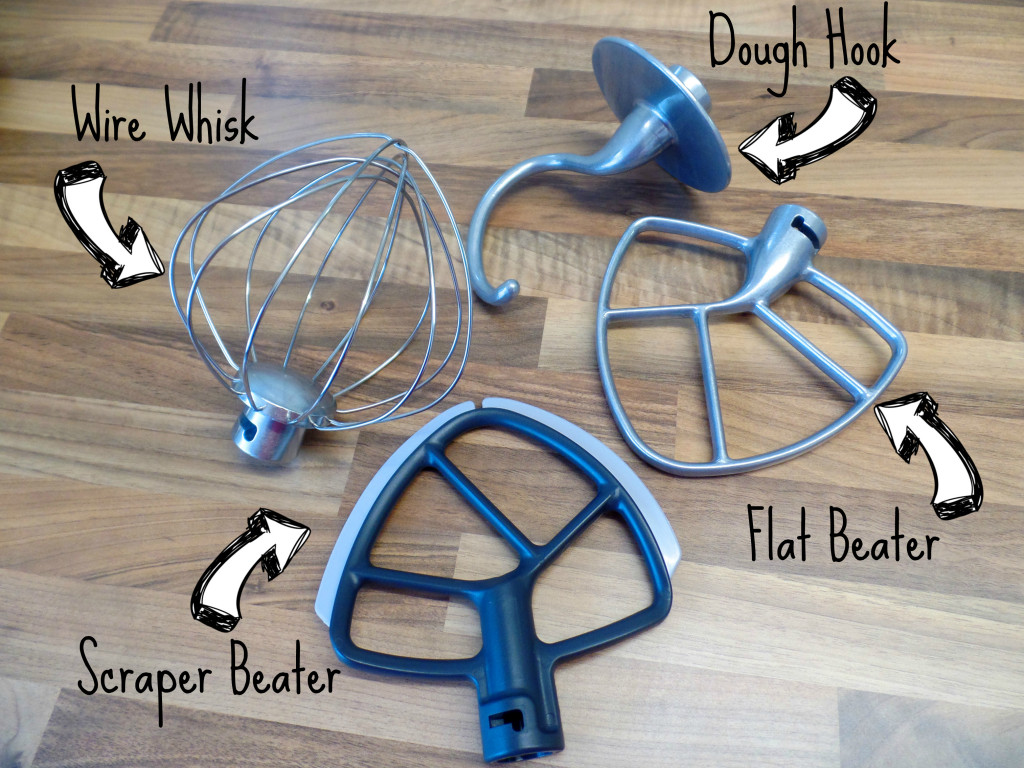 As well as the scraper beater, the Scraper Mixer Pro also comes with a wire whisk, a flat beater, a dough hook, a splash guard and a spatula. These are the kind of attachments you can expect to find with a premium mixer like this one, however, one aspect I think is really rather clever, is that there is a guide on the inside of the mixer telling you what attachment to use for what recipe. I know for a fact that when I first started, I used my one flat beater and the rest stayed in a drawer untouched. I had no idea what to do with them and when it was appropriate to use them. Granted, this information would have possibly been inside the instruction manual but I’m the WORST for putting those away, never to see the light of day. I thought the visible guide was a nice touch. 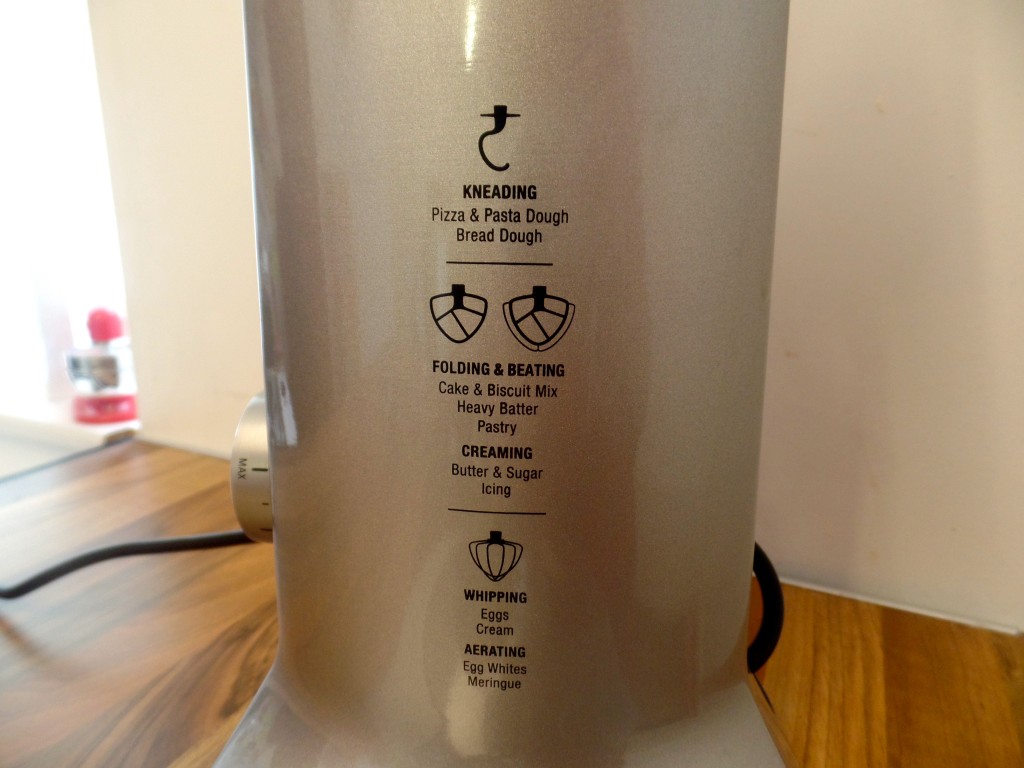 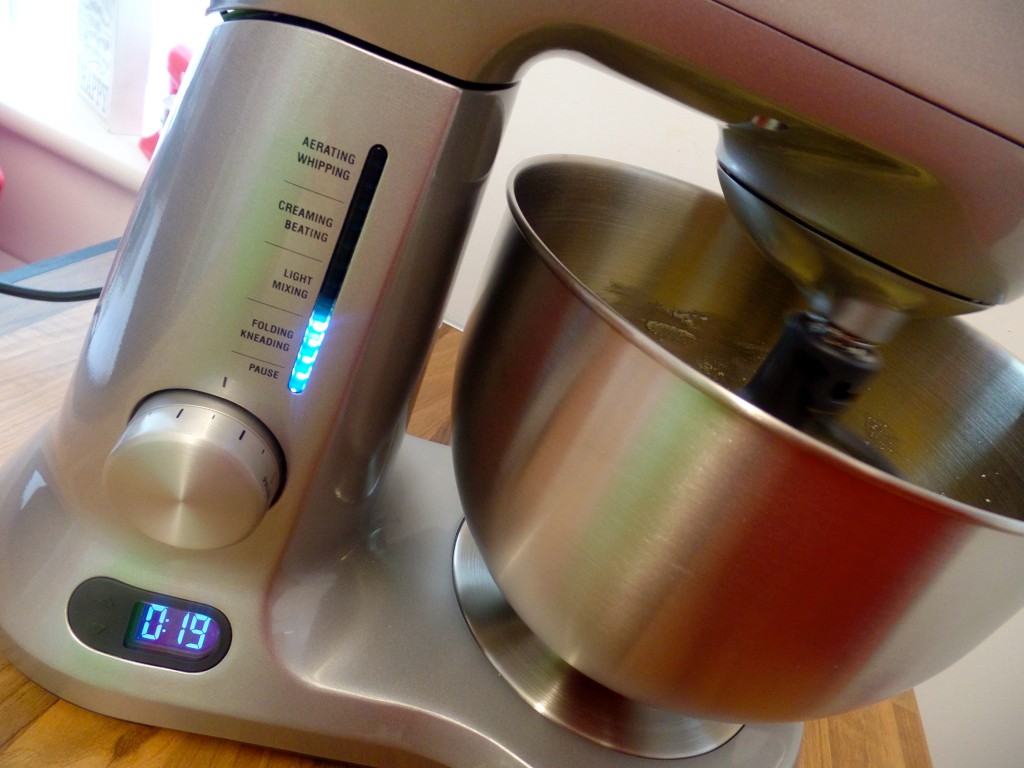 I LOVE a kitchen gadget and two features of this mixer I was particularly fond of were the electronic speed control and countdown timer.

Instead of having speed numbers on the side, there’s specific speed settings including folding & kneading, light mixing, creaming & beating, aerating and whipping and pause. This lights up and not only looks pretty, but is really rather practical.

The timer lights up as well, making you feel a bit like you’re on the space station. (I assume, I’ve never been…)

In fact, there’s quite a ‘spacey’ theme throughout the mixer, from the stainless steel grey, curved ergonomic aesthetic and pretty lights, I feel Matt Damon would be happy with this one.

There is a tilt release button on the top and also a handle on the front. This is rather cool as I’ve ended up getting mixers covered in cake by manhandling the top section to lift it.

Another thing I liked, was the internal cord storage. If there’s too much cord on show, you can simply push it back in! Really good for when you are tidying away. 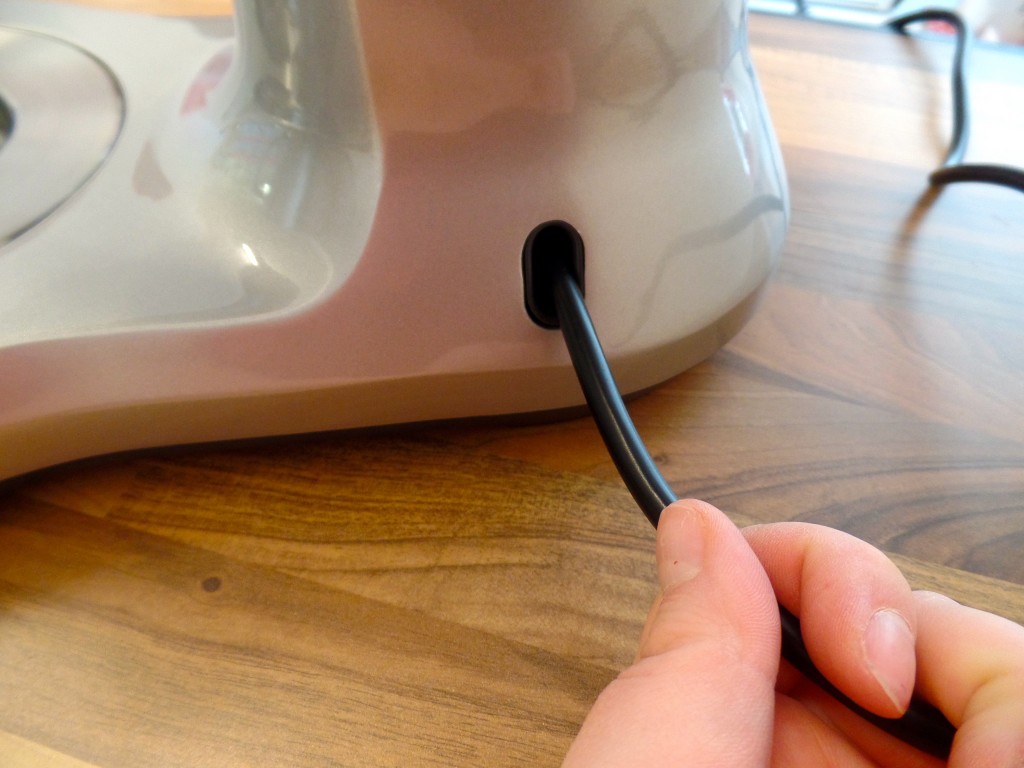 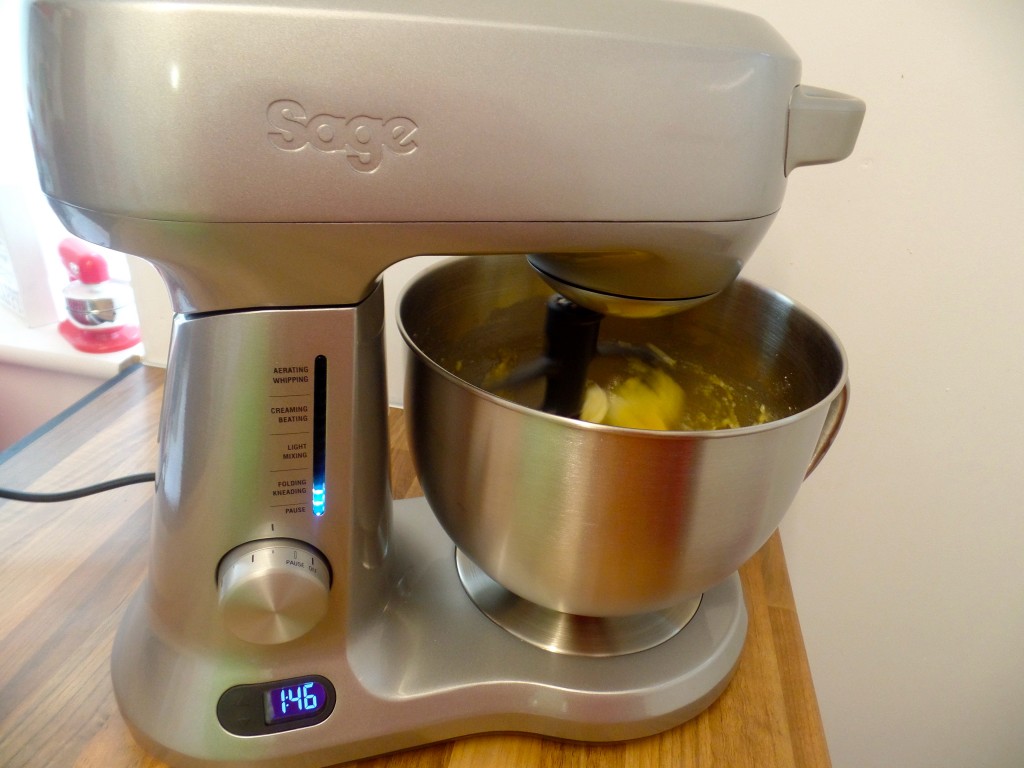 Putting It To Work

So, it looks pretty and has some great functions. Let’s put it to good use. As soon as there is power to it, the timer comes on and the lights flash up the side to let you know it’s awake.

I fill the 4.7 litre bowl with cake mix and start it on the ‘folding’ setting. Then I switch it up to the ‘light mixing’ setting. It’s fast. With a 1000W motor, and Planetary Mixing Action, it replicates a similar mixing action used by commercial mixers in bakeries. The planetary mixer achieves 360 degree coverage around the bowl for evenly mixed batter, creamy icing and pliable dough.

It was also a lot quieter than I thought it was going to be, (which is really handy as my kitchen is right next-door to Tim’s office!) even on the highest setting. It also has internal sensors, which detect when heavy batters are being mixed and automatically adjusts the power to maintain the selected speed. Kind of like a gear change! 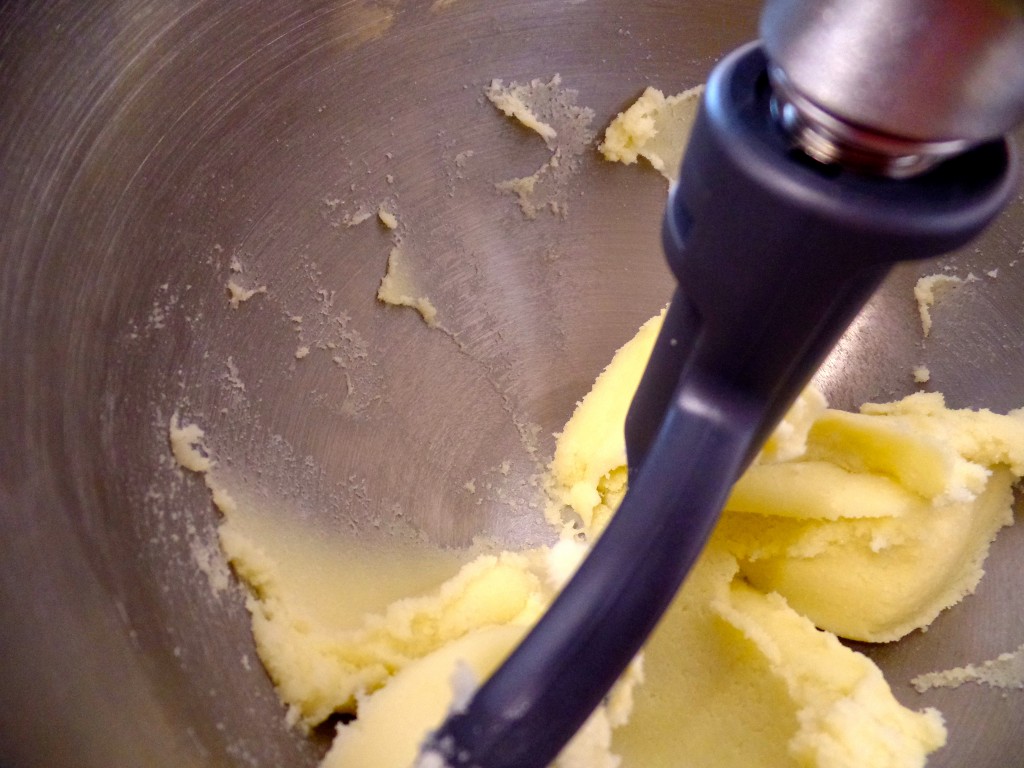 As you can see, it was scraping all of the butter down as it went round. By the time I was done, the mixture was light,  fully incorporated and I didn’t have to scrape the bowl down mid-mix once. Very cool!

It’s got some great functions that I haven’t seen on other mixers and with an RRP of £299.99 and 2 Year Repair Warranty with 5 Year Motor Warranty, it’s an investment for your kitchen.

All in all, I like it! I think it looks good and it does good. Definitely a contender if you’re in the market for a new stand mixer.

Check out my Unboxing Video of this Scraper Mixer Pro on my YouTube channel.

Mixer provided by Sage Appliances to review, but my views are my own, impartial and honest.

Oh wow! I’ so excited to share the news with you!

The classes are filmed in sections so you can pause, rewind and re-watch as many times as you like!

I take you through the process of making these beautiful cakes!

All information and classes can be found on the brand new Online Classes section of my website, or click the pictures below to be taken to that specific class! 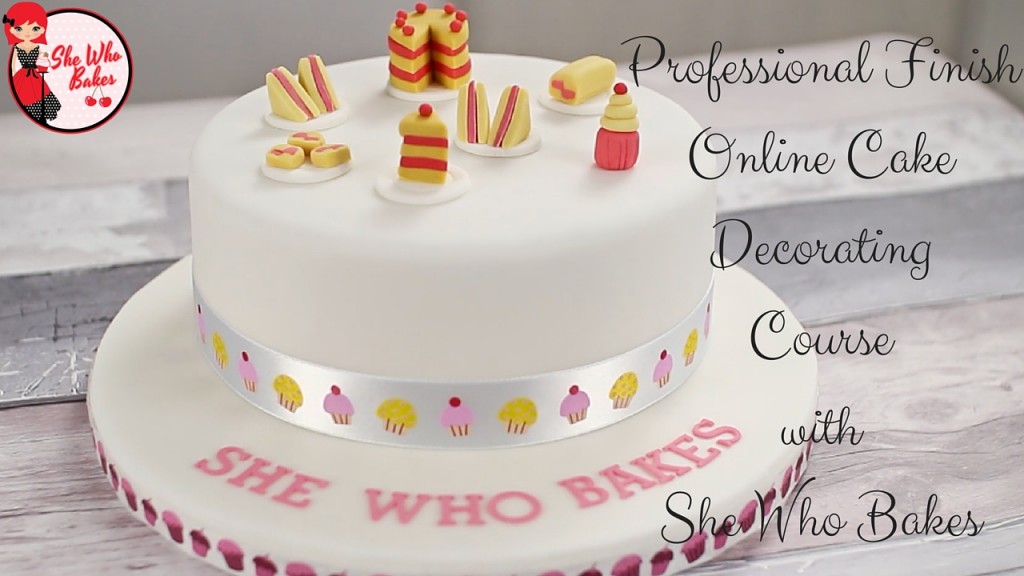 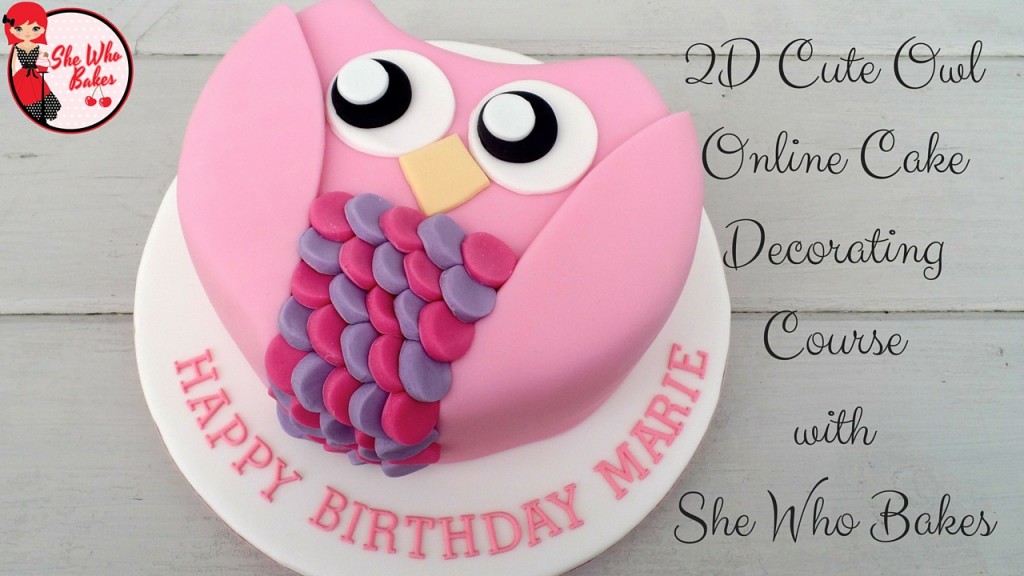 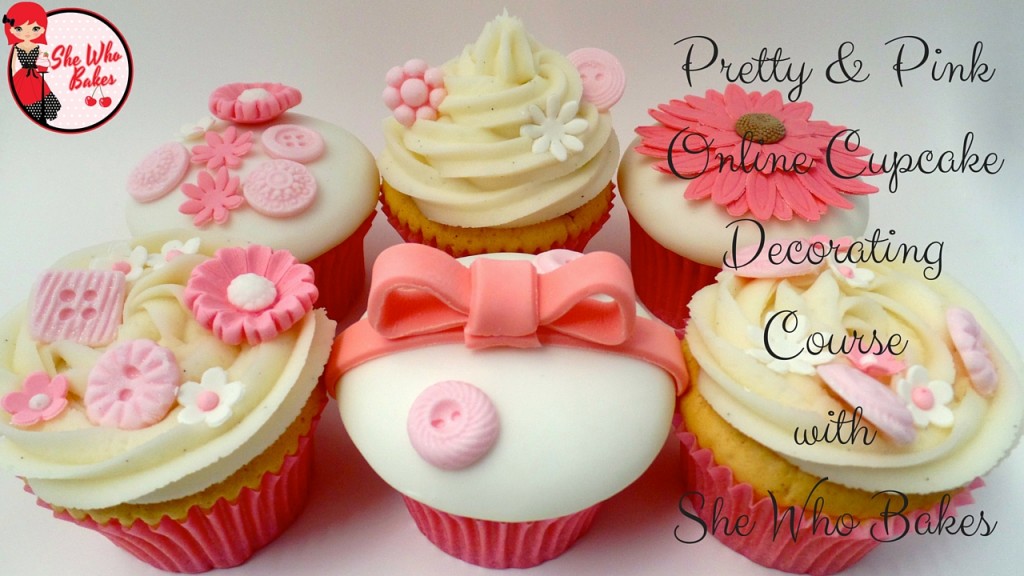 This is just a short, heartfelt blog post on a rather important milestone in my life, and one that a few years ago, I thought I would never see.

After being medicated for most of my adult life I’m thrilled to say that today marks two years being off any and all anti-depressants.

After mum died, I was told I would be on strong medication for the rest of my life, just to be stable and to be able to carry on.

I proved them all wrong.

Through my baking, my blogging and the love and support from my friends, loved ones and my darling Tim, I have never been happier. The last eleven years have been hard and I’ll be honest, I didn’t think I would make it out alive.

But here I am. Stronger than ever. I know my mum would be smiling today.

Thank you to everyone reading this for your constant belief and support in me.

You can read my full story here – Baking My Way Out Of Depression.