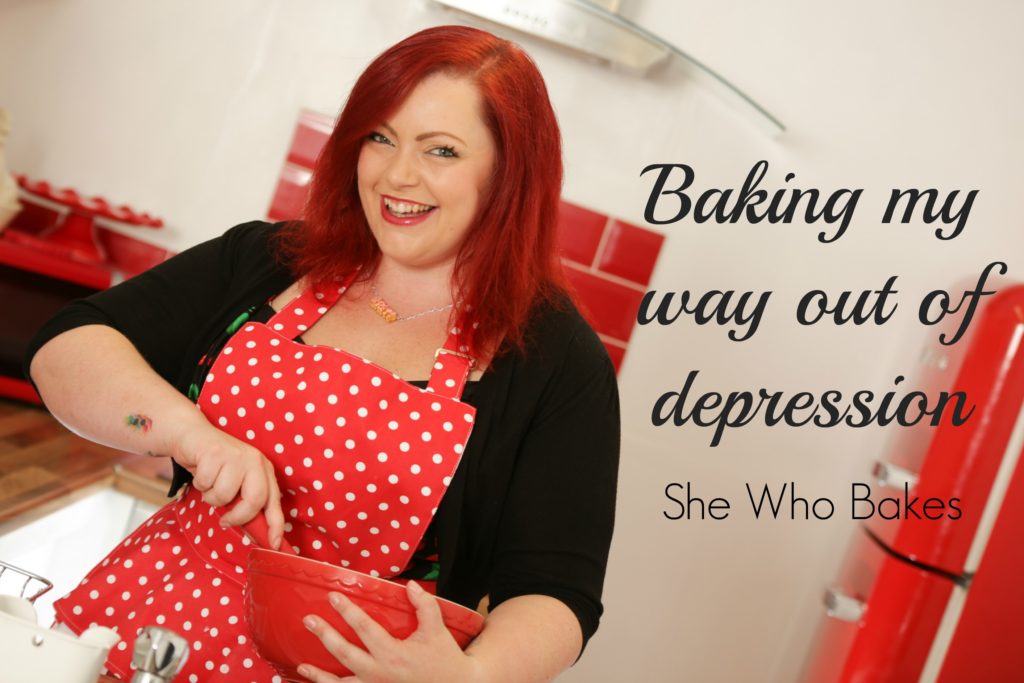 Back in 2006 when I was 17, I was officially diagnosed with depression. “It’s no wonder, really, considering what you’ve gone through.” my GP said sympathetically. “We’ll put you on some medication to make it a bit easier to cope with.” I didn’t know much about anti-depressants. Even though my mum was a mental health nurse when she was alive, it wasn’t something we spoke about much. After all, I was just a kid.

Just under a year before that appointment, my mum had died after a 4 year battle with cancer. Non-Hodgkin’s Lymphoma. I remember the day she was diagnosed, she came to my school and my name was called out over the tannoy. My friends joked that I was obviously in trouble. My mum told me but I didn’t really understand. She told me they had given her 3-5 years but that they were going to fight it and her doctor was hopeful they had caught it in time. I was 13 and in complete denial that anything would ever happen to her. A year before that, her own mum, my nan, had died from breast cancer. It hit my mum hard and now she was terrified of leaving me.

“We’ll start you on a small dosage to see how you go” said my GP. I said ok and went on my way. After a few days of taking them I didn’t notice any difference but I was told it might be a while before they took effect.

By my 18th birthday, I was working in an office as part of a sales team. Turns out, I was pretty rubbish at it. Hard selling was not my strong point. “No, I’m not interested in buying advertising” said a potential customer. “Ok, sorry to bother you, bye.” would always be my reply. Needless to say, I didn’t last long in that job. I thought maybe something a bit more dynamic would suit me, so I got a job as a waitress. This one, I was better at. I was good with people, good at organisation and I liked eating. But my depression had other plans for me. I would spend my days serving food and my nights crying alone. I didn’t want anyone to see just how weak I felt. I had a meltdown at work in front of everyone and was too embarrassed to go back, so that was the end of my waitressing career.

“Can I have something stronger?” I asked my GP nervously. I didn’t want her to think I was mental but with tears in my eyes and shaking hands, I didn’t look well. “Please.” I found myself saying in what can only be described as the tone of a woman who is ready to quit trying. “Of course” she said. In the months that followed, not a lot happened. I was looking for a new job, had ended a relationship and spent my time watching daytime TV. I had started to feel better, though. After a few particularly good days, I felt the medication must finally be working. But then the following week was the lowest I had ever been. I was so low, in fact, that I decided to end feeling anything once and for all. I bought too many painkillers and made up my mind. I wrote a note and swallowed pill after pill. Then, I waited.

I woke up in hospital the next day. A friend had come to surprise me with a visit and was concerned when she couldn’t get hold of me. I woke up with a heavy sense of relief, I was happy to be alive. I don’t know what came over me. The GP prescribed me an even higher dose. I was now 21, 4 years into taking them and on more than double the original amount I was put on. “Chances are high, you’ll be on this medication for the rest of your life.” the nurse said with a comforting smile.

Six months after this, I felt pretty balanced. I would be happy one day, and distraught the next. It was a 50/50 balance and it seemed the best I could do. I was in a good relationship, had a good job and had good friends around me. I was recovering from an appendix operation after getting septicaemia when a friend asked if I would bake a cake for a Children in Need bake sale. “But I’ve never baked a cake in my life.” I said. I decided to give it a go. Off I went to the supermarket, picked up a packet mix, icing and squeezy coloured icing tubes and set about making a Pudsey face. I didn’t have a round tin, so used a square roasting dish. Halfway through making the packet mix monstrosity, I realised I had been smiling the whole time. I didn’t know what I was doing but I was enjoying myself. I baked the cake and decorated it to the best of my ability. I was so proud. I was so happy.

In the days and weeks that followed, I must have made in excess of 30 cakes. I loved it. I felt great and I was being complimented on how well I looked. “Happiness looks good on you.” someone remarked. Every time I baked or decorated a cake, even if it went wrong, I was smiling. I decided to set up a blog to document my baking and recipes I was trying for myself. I kept it set to private as I didn’t think for one second anyone wanted to read about the 5th time I’d tried to perfect a Victoria Sponge. I would rush home from my day job in an office and the first thing I would do is turn the oven on. “What shall I make today?” It was a question that both excited and appeased me.

I had realised that my bad days were getting few and far between. Don’t get me wrong, I still had them, and when I was low, I didn’t want to get out of bed. I missed my mum and hated the world. But coming back up wasn’t as much of a struggle as it once was. I kept baking and I kept blogging. By January 2013 I’d even turned my blog public. I started being brave and making my own recipes, even reviewing baking products. I didn’t think anyone was reading it. Being creative in the kitchen and on my laptop was a better anti-depressant than any magic pill they could give me.

In 2014, after being made redundant and by the time I had decided to start my own business as a cake decorator, I also made another decision to come off medication for good. The first few weeks were tough. My body had to now make something on it’s own that it hadn’t had to do for 10 years. But with a lot of baking, I got through it.

I now stand before you, as someone who has been off any kind of mood enhancers for over two years and is out the other side of, what felt like a dark and treacherous tunnel. Someone who still has bad days, still has duvet days, but who knows that those days pass, and great days follow. “Chances are high, you’ll be on this medication for the rest of your life.” I still hear the nurse saying those words in my head sometimes. How wrong she was. Accepting the award for Best Blog at the Kent Digital Awards last year made me so happy. If I hadn’t found baking, if I hadn’t found blogging, I honestly don’t know where I would have ended up. My passion has fuelled my career and will continue to do so. The days when I had nothing, I had my oven and my laptop and I felt like the richest girl in the world. I hope that anyone going through a similar situation can take some comfort in my words, it really can get better.

I bake and I blog. I smile and I laugh. I try each day to make my mum proud.

I am She Who Bakes. A baking blogger. Thank you for reading my story. 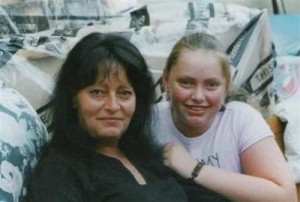 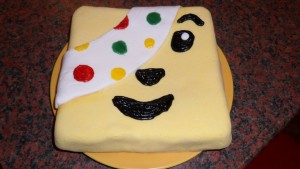 The cake that started it all. 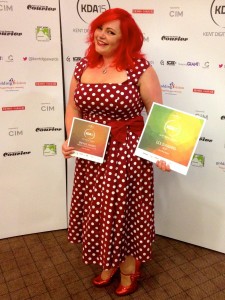 Accepting the award for Best Blog at the Kent Digital Awards 2015. 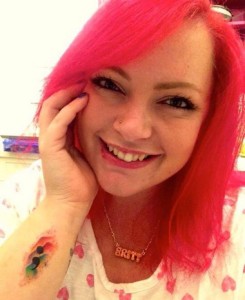