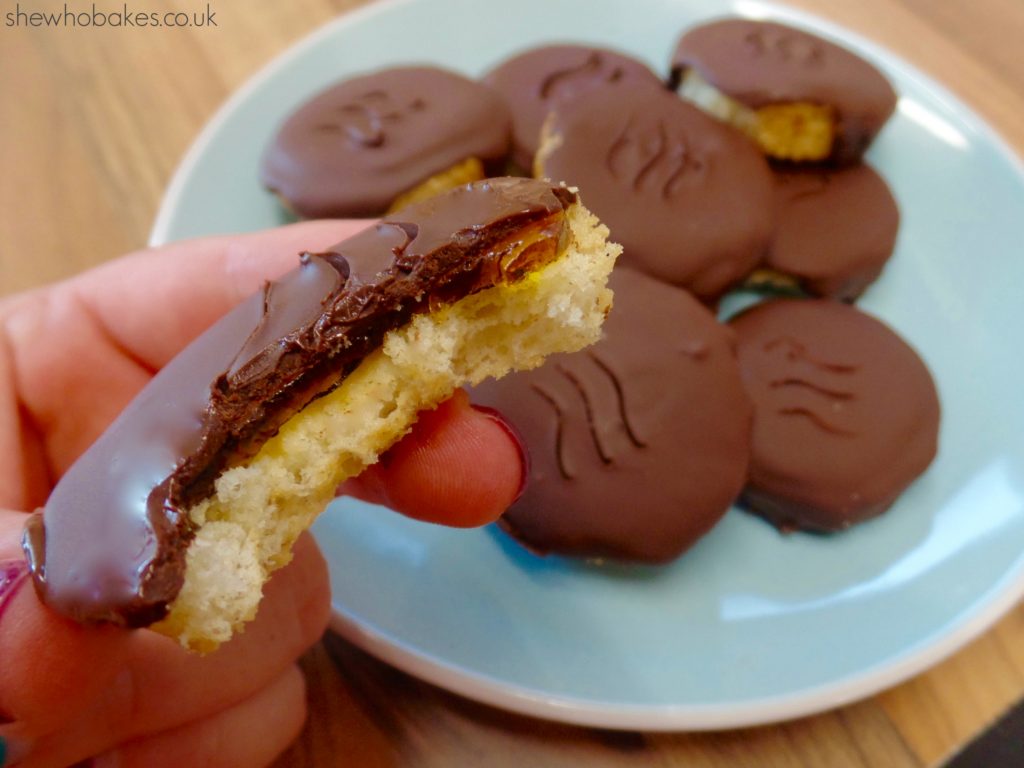 This week marked the return of The Great British Bake Off! Now in it’s seventh series and still as popular as ever, twelve budding bakers were sent into the terrifying tent in the English countryside to battle against each other for the title of Britain’s Best Amateur Baker, and a pretty fancy cake stand too!

With viewing figures for this first episode beating the most watched moments of the Rio Olympics (GBBO 11.2 million viewers versus Olympics which peaked at 11.1 million), it shows that judges Mary and Paul with hosts Mel & Sue still have a special place in our hearts.

This first week saw the bakers try drizzle cakes, genoise sponge and Jaffa Cakes! (We won’t talk about Paul Hollywood dunking what is clearly a cake into a hot drink…)

Jaffa Cakes, and all things chocolate orange are a firm favourite of mine. So, in a break with the norm I have decided to try my hand at the technical challenge and make Mary Berry’s Jaffa Cakes! I used Mary’s own recipe and recreated it at home. Only doing a couple of things slightly differently than instructed!

On your marks, get set… BAKE! 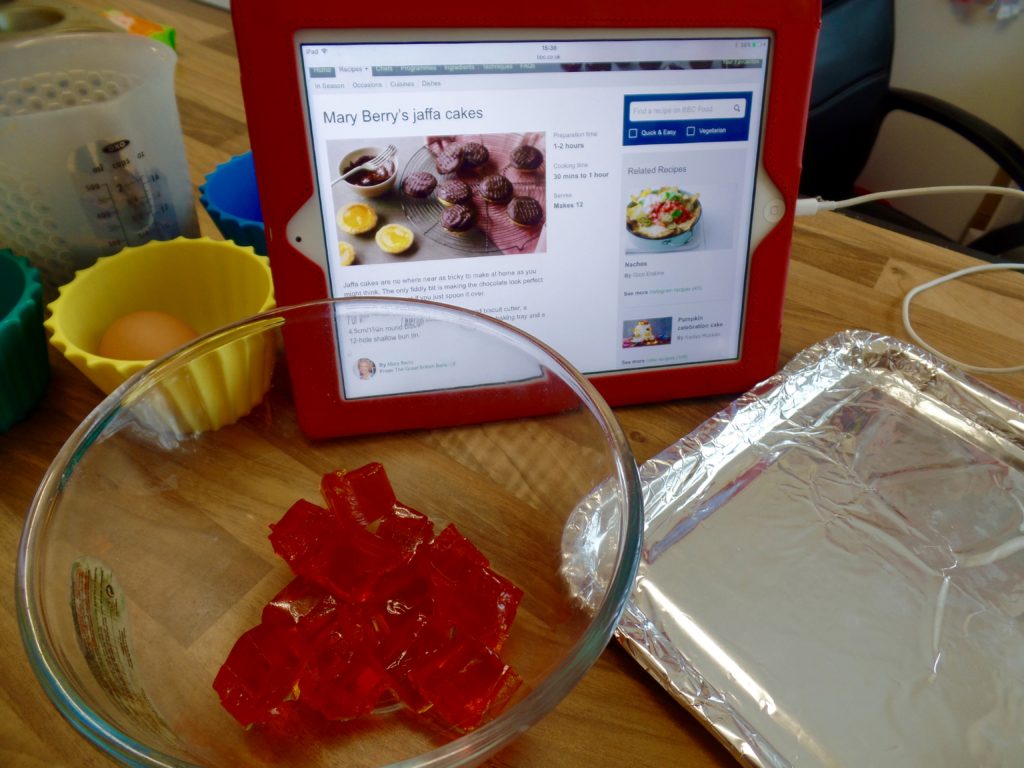 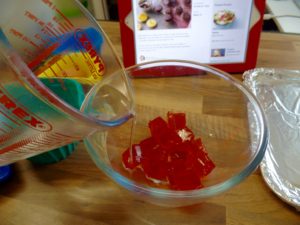 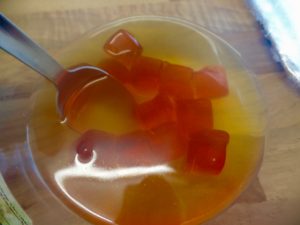 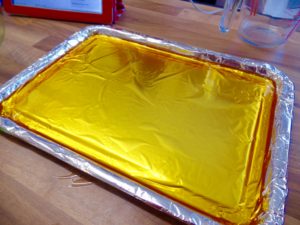 Firstly, as instructed, I made the jelly. I was stirring those cubes for what felt like FOREVER. Poured into the tray and left to set.

Now, I have a fear of cakes sticking to the inside of tins, which I think formed when I first started baking and everything stuck! So, for my actual cakes, I’m using my muffin tray but I am lining each hole with greaseproof paper and cake release. Some may say excessive, but it’s quite therapeutic for me sitting and cutting out the circles! 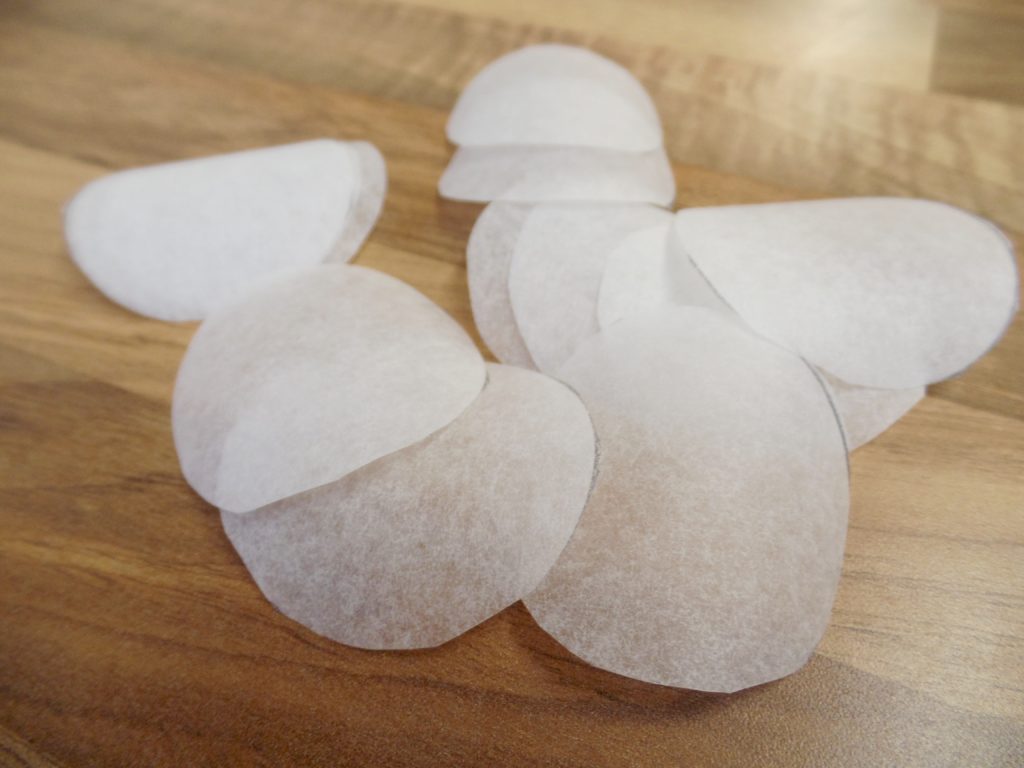 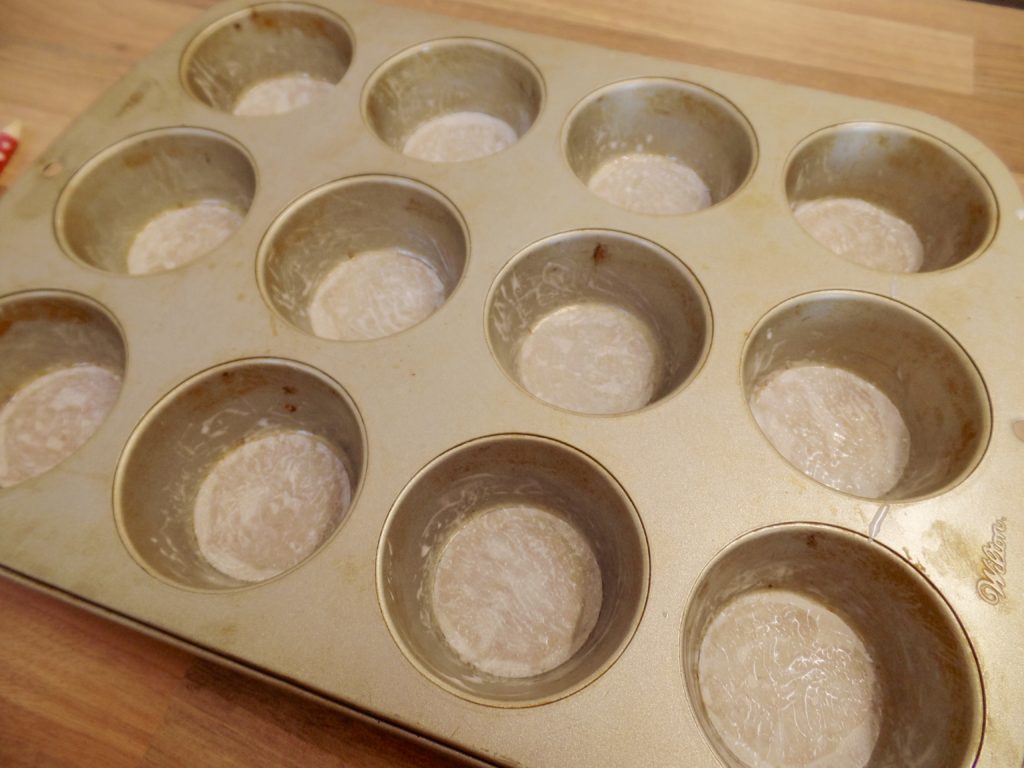 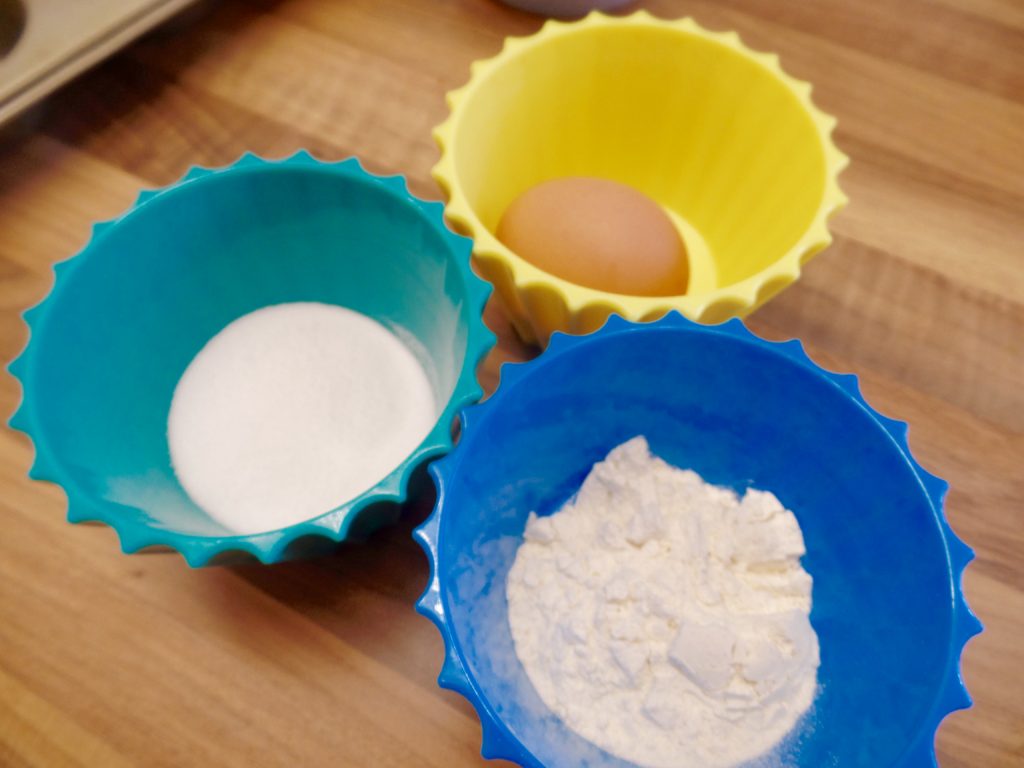 I measured out the ingredients for the cakes and was surprised at how little was actually needed. This is no more than a large spoonful of each element and it seemed just too small! However I, of course, put my trust in Mary! Haha! (I wonder if you can buy a t-shirt that says In Mary Berry We Trust?). 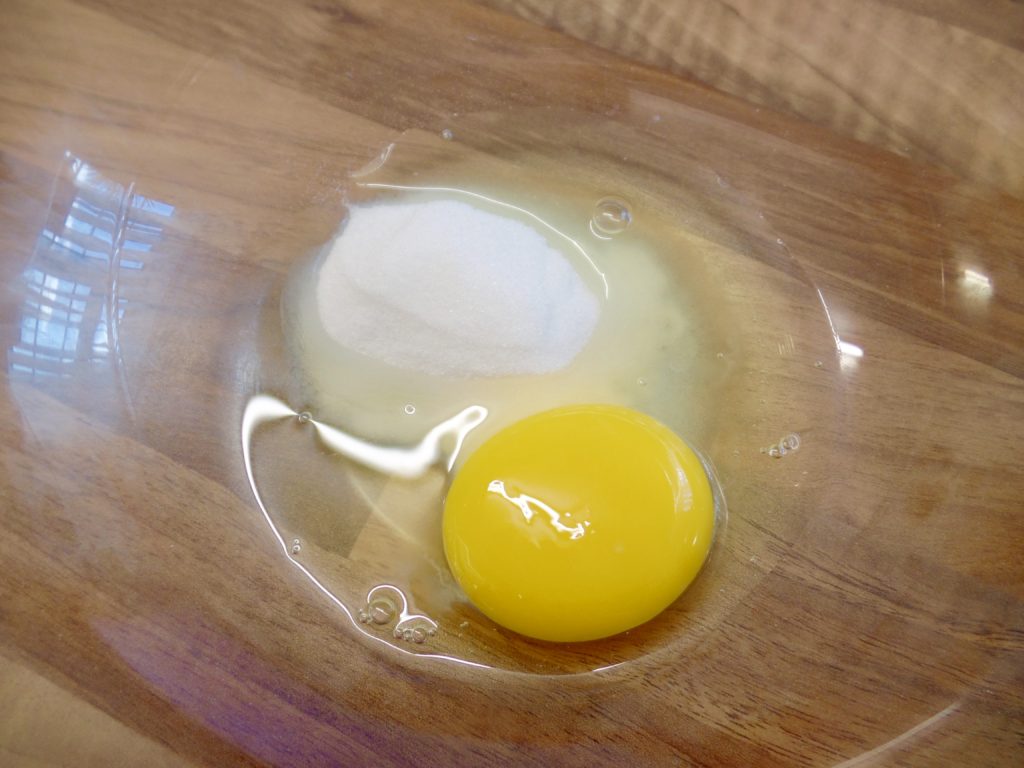 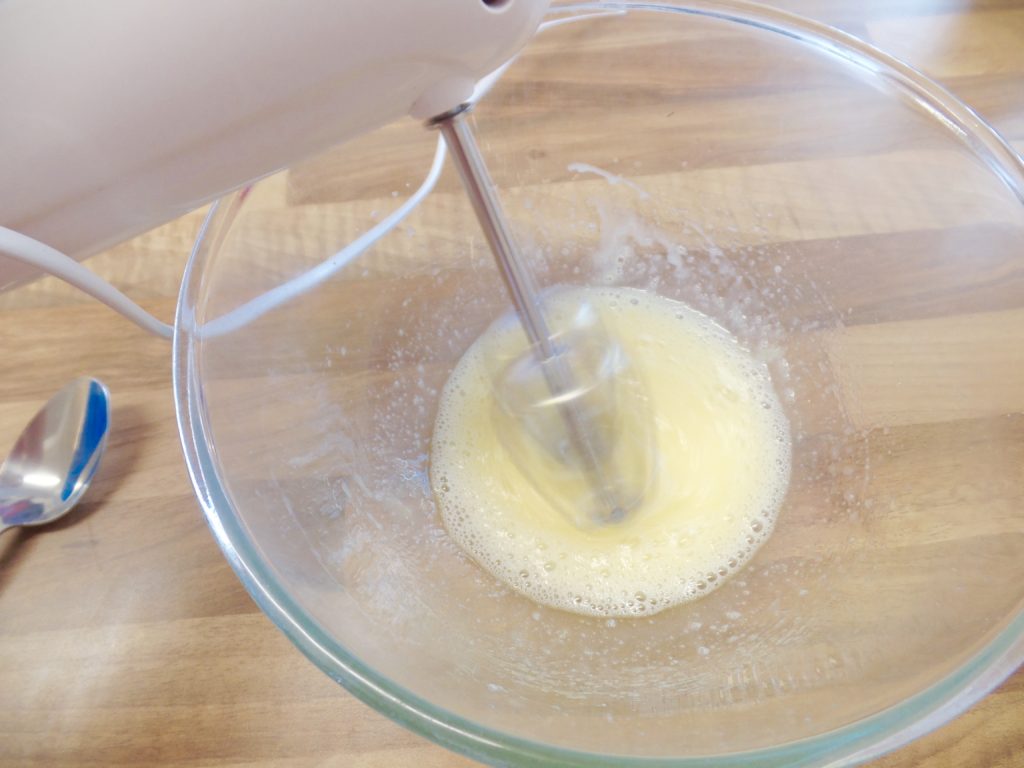 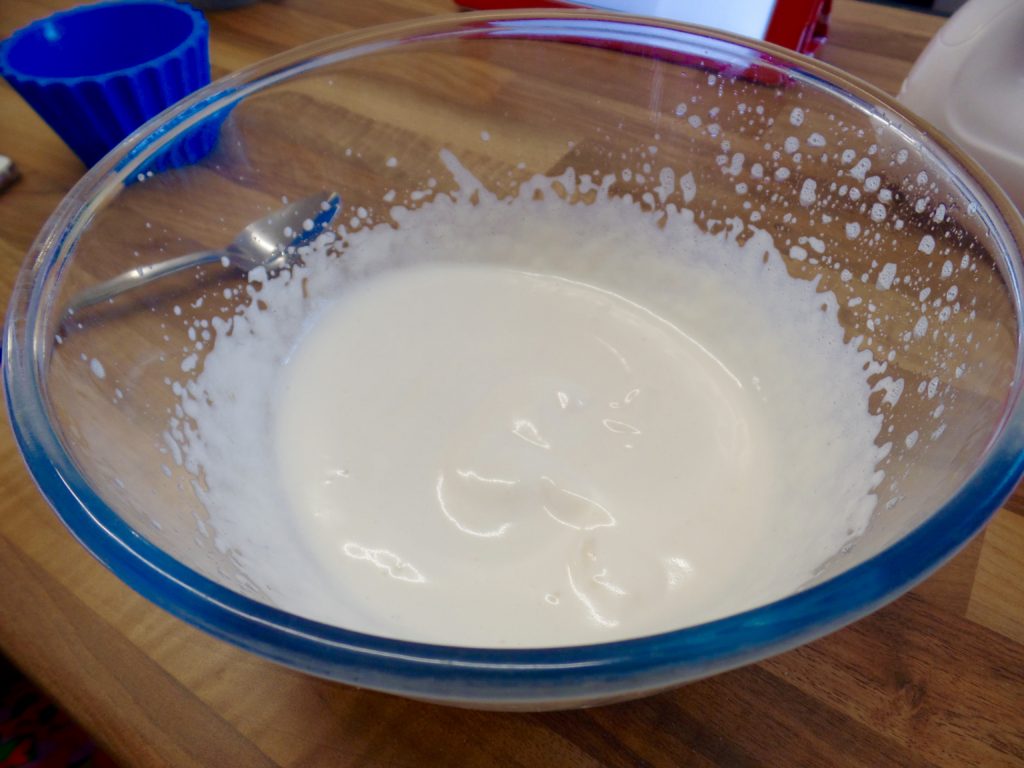 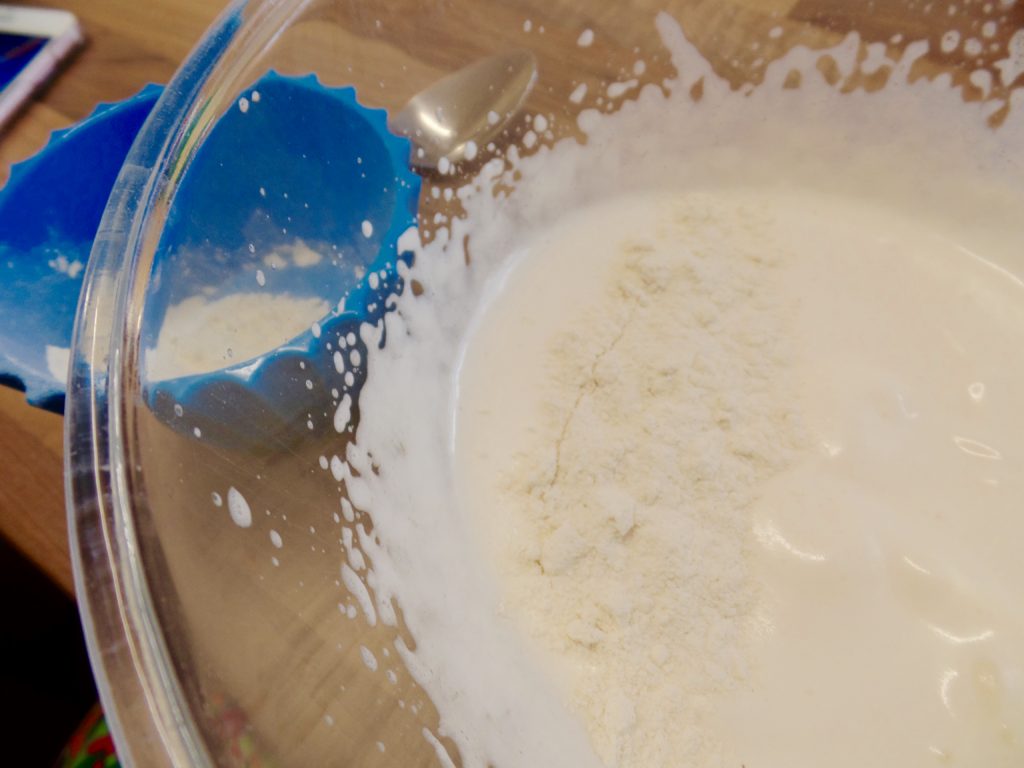 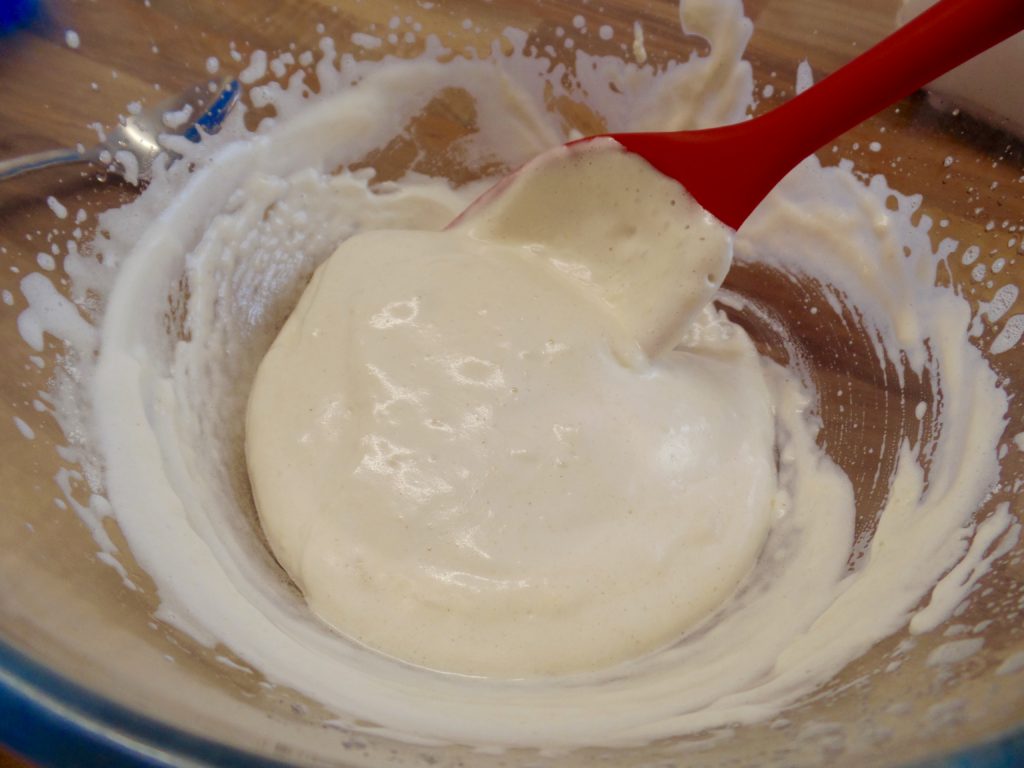 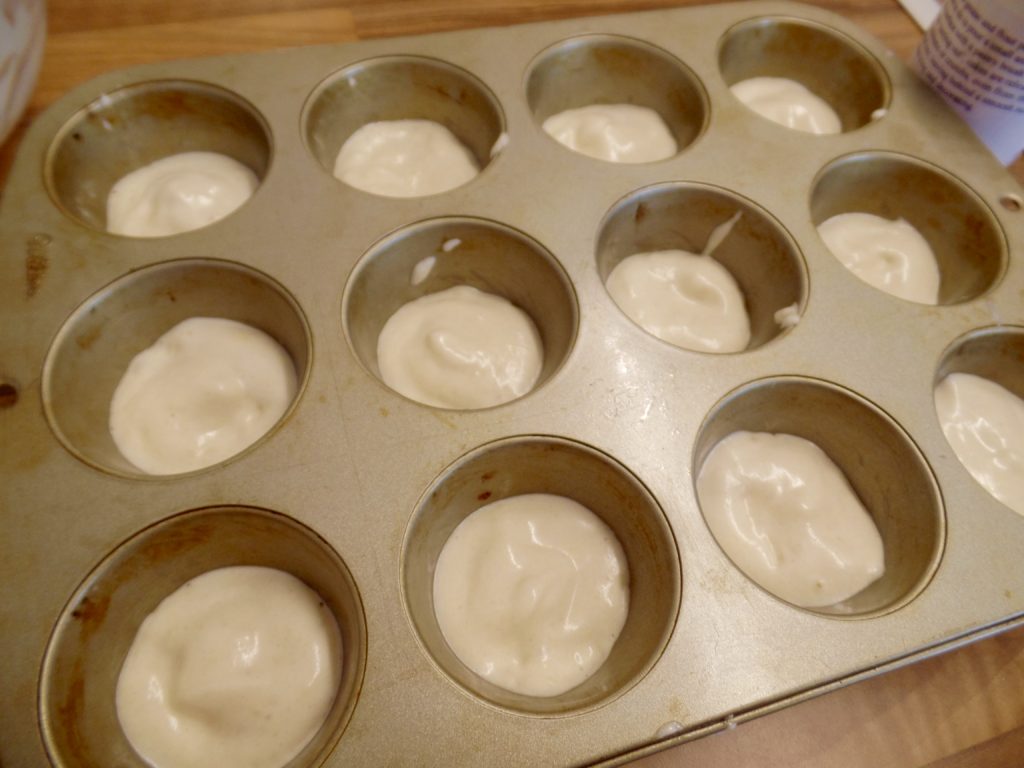 Then, I made the cakes following Mary’s recipe to the letter. Filling my wells and then baking at 160°C fan for 10 minutes.

I cooled them on a cooling rack and as I was placing them on, Tim came downstairs and said ‘Ooh! They look like Jaffa Cakes!’ – A good sign. 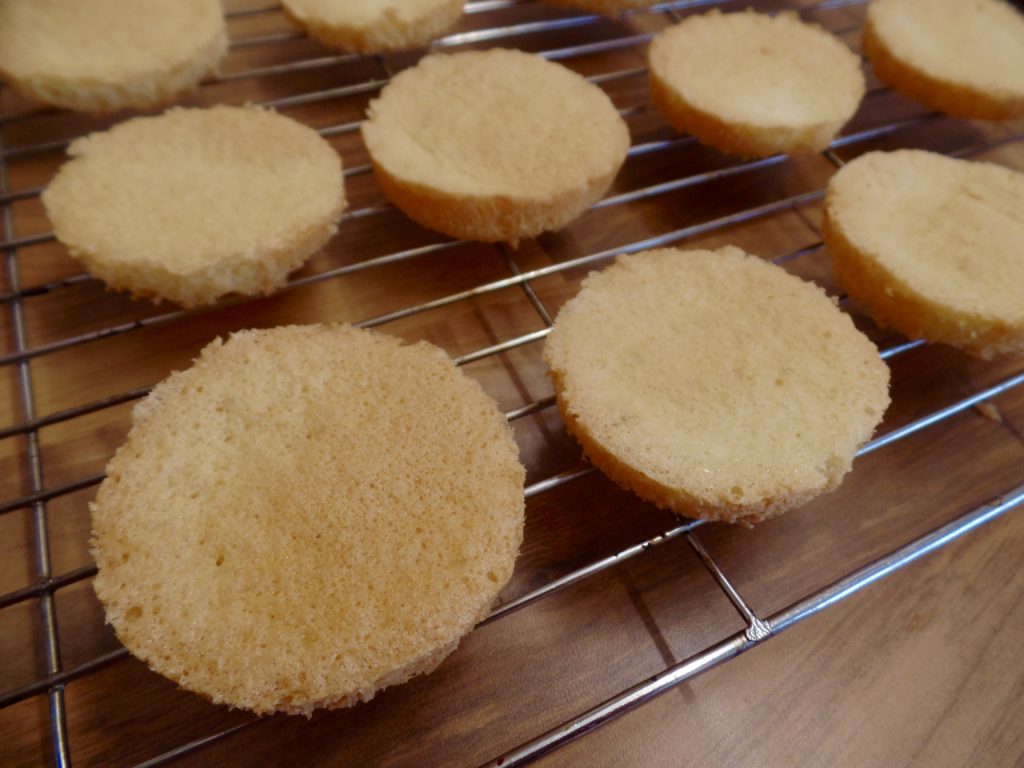 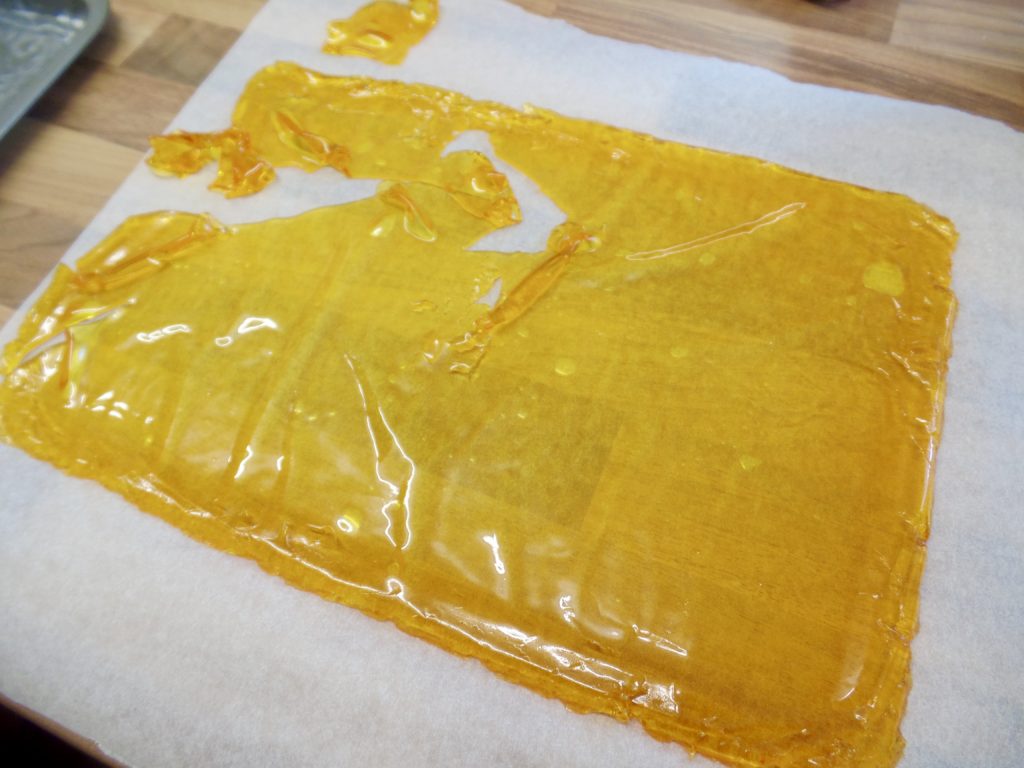 The instruction was to ‘turn out the jelly onto some greaseproof paper’. This was the hardest part of this. Jelly doesn’t really ‘turn out’. I peeled it off and as you can clearly see, it remained intact. Haha! I ate that bit on the corner just after I took this photo. I love jelly. 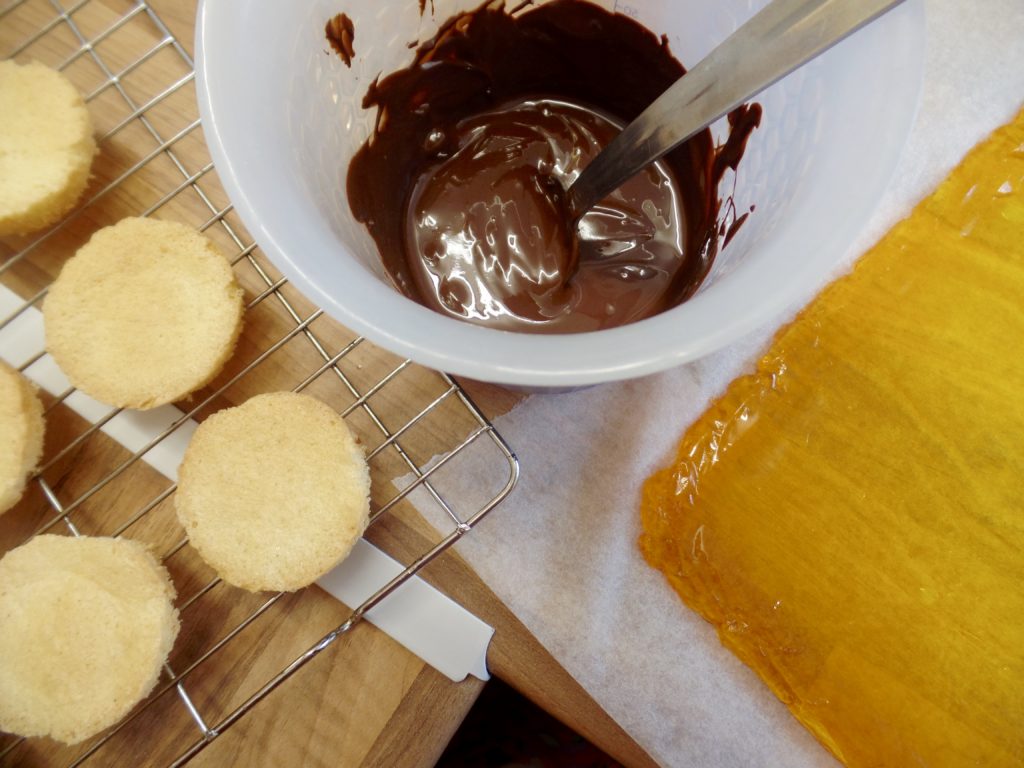 Circles cut and places and they resemble fried eggs. Haha! Seriously though, it was quite tricky getting the jelly rounds to stay, well… round once places onto the sponge! 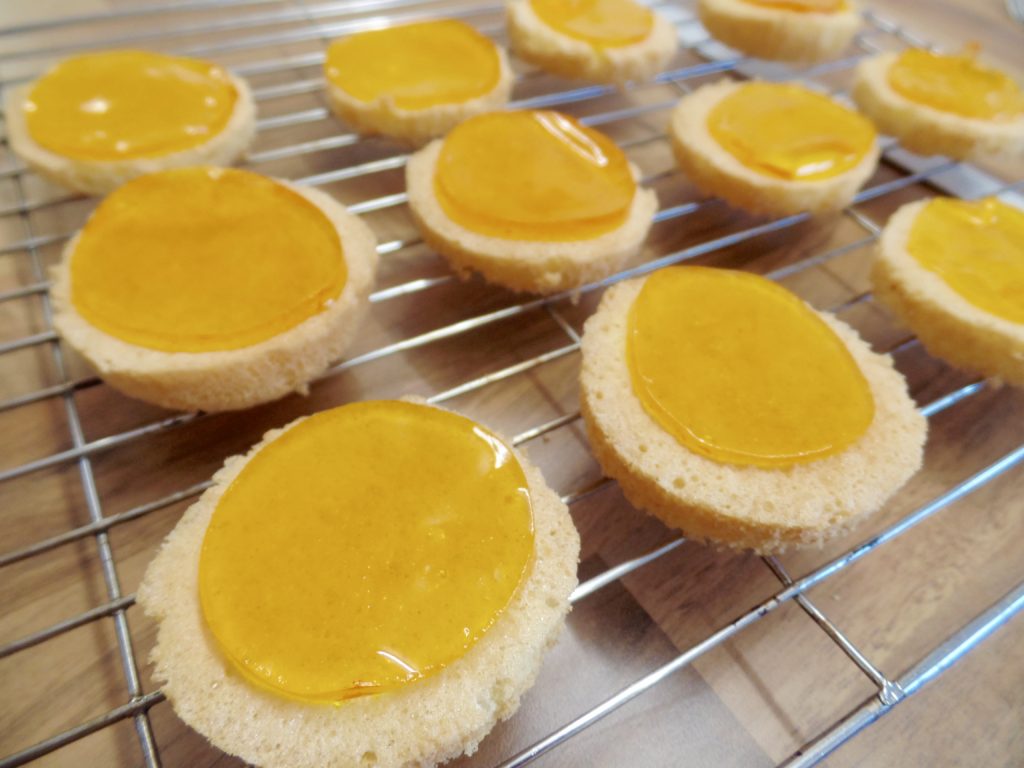 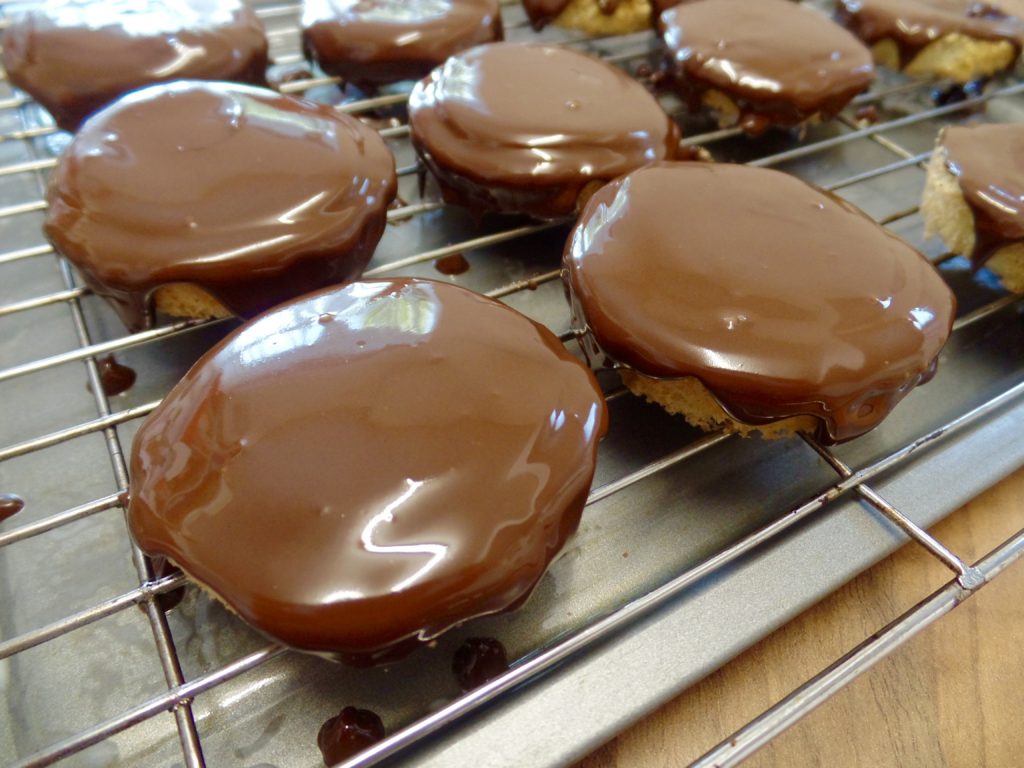 Now for the chocolate! I did try to pick them up and spoon them on individually but it was a very hot day and I was getting covered in chocolate, so I decided to pour the chocolate on to make Jaffa Drip Cakes. Ha!

And there we have it – Jaffa Cakes!

They got Tim’s seal of approval and I quote; “They taste like Jaffa Cakes!” Hallelujah!

It took me about 2 hours and was rather fiddly! I don’t think I would do too well in the tent! Haha!

If you want to try these beauties, you can find Mary Berry’s recipe that I used here. Give it a try and let me know how you get on either on Facebook or Twitter or Instagram. 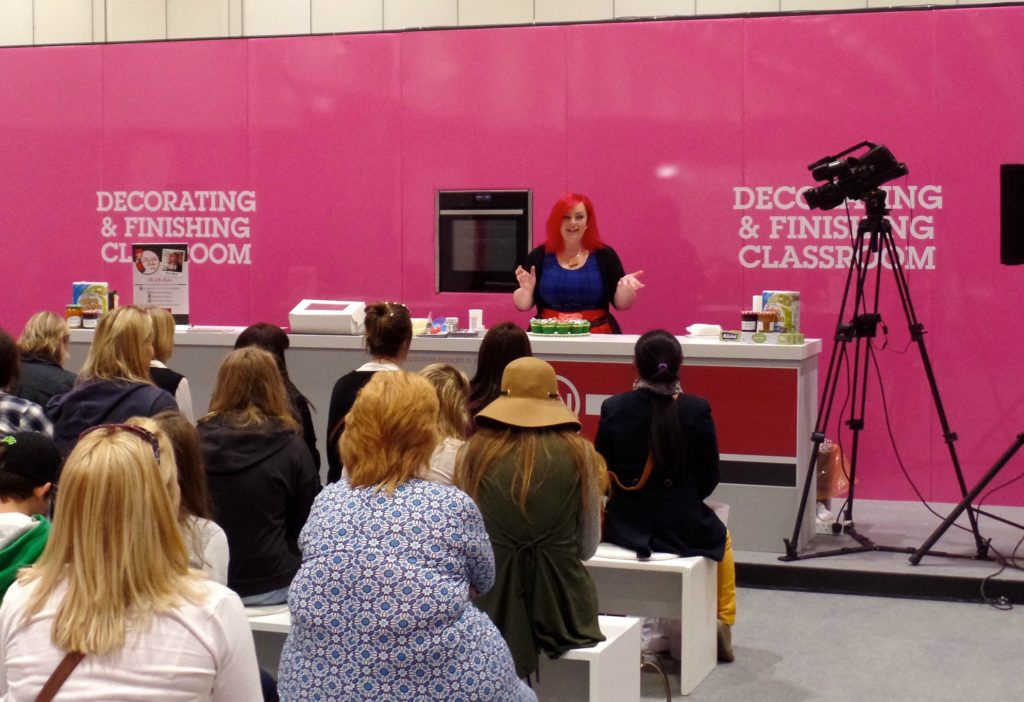 I’m pleased to announce I will be appearing live again at the Cake & Bake Show 2016 in both London and Manchester!

I will be in the Baking & Decorating Classroom, carrying out a practical cake decorating demonstration as well as appearing on ‘A Slice Of Advice’, where I will be hosting a one-hour session answering visitor’s questions!

I am SO excited to be at the show and really looking forward to meeting as many of you as possible! Click the links below for more information and to book your tickets! Please note, ‘A Slice Of Advice’ is included in your show ticket but the class room demonstrations are separate and you must book tickets through the website to attend!

See you soon and happy baking!

The Cake and Bake Show London 2016

The Cake and Bake Show Manchester 2016 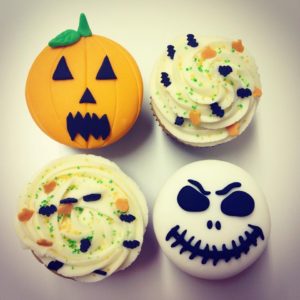 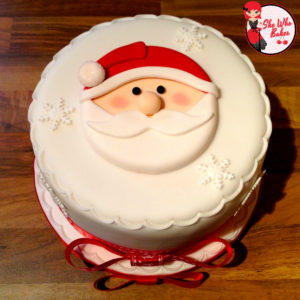 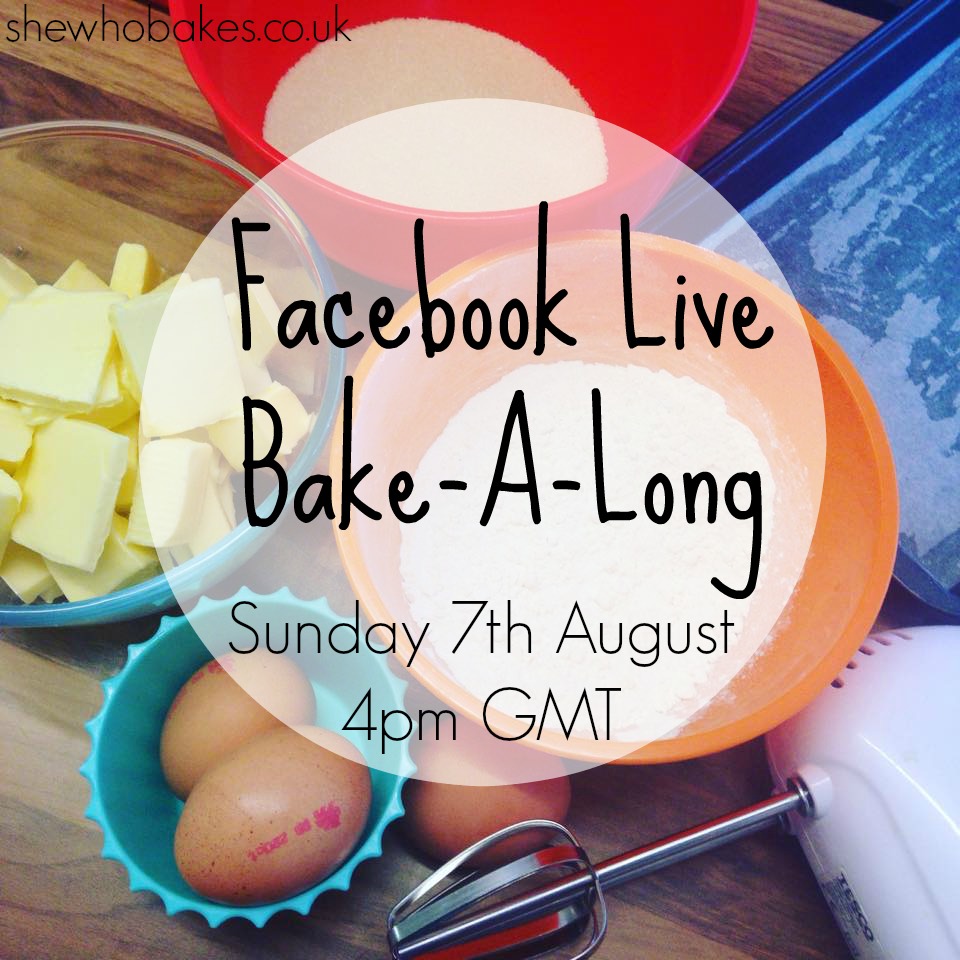 This Sunday 7th August at 4pm GMT I will be baking my popular Bourbon Biscuit Bake recipe live on my Facebook page!

You can come and watch me, ask lots of questions, see how I work in my kitchen and the best part is, you can bake a long at home!

The live video will be me making the bake and then I will post a picture when it’s cooled and out of the oven!

The ingredients you will need to do it with me at home are;

I look forward to seeing you there! 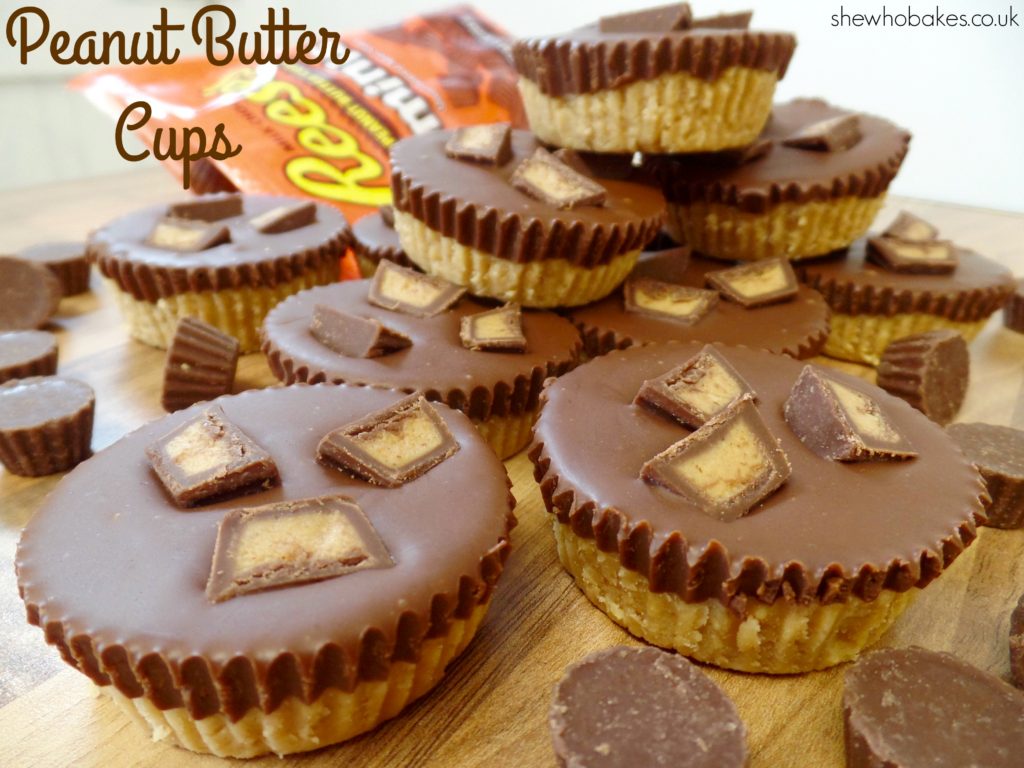